With the recent alarming spike in femicide reports, one cannot help but wonder where the country is leading to and how safe women are at the hands of their intimate partners. Almost every week, there are reports in various media outlets of women who are brutally killed by men.

In May this year, Women in Sports Committee together with the Ministry of Gender, Youth, Sports and Recreation organized an awareness march against gender based violence after their member ‘Mathabo Lelimo of Sea Point, Maseru was allegedly murdered by her partner.

Just in the month of September, reports circulated that ‘Mahlompho Matela of Ha Mabote, Maseru is alleged to have died at the hands of her husband, Qamo Matela. A 21-year-old Libuseng Maqachane of Mphosong, Leribe was found dead in a veld at Ha Ramakakamela, Leribe and her body was discovered by herd boys and the police confirmed.

Lesotho Mounted Police Services (LMPS) Assistant Spokesperson, Sub-Inspector ‘Mareabetsoe Mofoka said that as much as the murder (inclusive of femicide) reports were high in September, they have not yet compiled final numbers for September. Sub-Inspector Mofoka also specified that in most femicide cases, physical force is common – it includes stabbing, beating, strangling and shooting and the police are working tirelessly on investigations.

Mr. Mosiuoa Ramakoele, a PhD candidate whose thesis is on Media and Femicide, also an officer at the Ministry of Gender, Youth, Sports and Recreation, as Gender Based Violence Liaison Officer explained that femicide is the terminal end of abuse; the violence starts taking momentum slowly, with small indicators such as verbal abuse and then grows into physical abuse which later leads to loss of life.

Ramakoele advocates for a behavioral and attitude change as he said men should be socialized to see women as human beings with rights and not as objects of pleasure. He also seized that the society through its norms, culture and institutions must create a conducive environment for women to leave abusive relationships and that potential abuse victims should be given enough information: to identify abuse signs at an early stage, know where to report and that leaving an abusive relationship alive is better than leaving it in a coffin.

At the national level, Ramakoele opined that implementation of Gender and Development Policy is a followed to letter- it is a framework that aims to ensure that development becomes gender responsive. He further indicated that Counter Domestic Violence Bill which they have just completed public consultations about it once the parliament enact will help address issues of GBV specifically. “The challenge is having policies and putting them into practice (implementation). There should be a tracking system and national data collection to help track abuse patterns for effective and responsive programming. We have to acknowledge that out systems and institutions produce and reproduce inequality and as such immediate evidence-based intervention is quite overdue,” Ramakoele pointed out.

One of the Champions of Anti-Femicide Movement Lesotho (a movement against femicide by Basotho in Diaspora) ‘Manthatisi Machepha revealed that as a movement, they are very disheartened by the current femicide cases in the country.  Machepha said they are working on a multifaceted approach that includes different working streams to tackle issues from mental health perspective up to law enforcement.

“The main thing that is urgent is the review of bail regulations for murder cases. The ease at which suspects are granted bail and the price (M500-1000) is ridiculous,” Machepha said.

Member of Parliament (MP) Hon. ‘Matlhohonolofatso Tšepang Tšita-Mosena said Counter Domestic Violence Bill is expected to be passed as consultations have been done around the country and as soon as the August House re-opens,  it will be dealt with and the expectation is that before the end of this year, the Bill will have been passed.

Hon. Tšita-Mosena also signposted that once this law is operational, the cultural norms which perpetuate abuse will come to end as they will be criminal offences.

Established in September 1997, the SADC PF is a result of the SADC Article 9 (2) of the SADC Treaty by the Heads of State and Government’s Summit in Malawi. It is mandated to facilitate dialogue on the regions issues of ‘interest and concern’ and the SADC Model Law on GBV Stakeholders Consultations which commenced in August ended in September 2021. 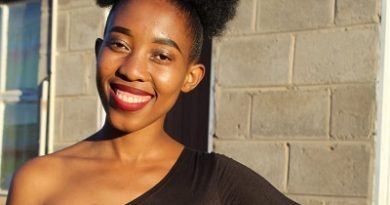 ﻿SEKOKOTOANA SURVIVES THROUGH HER HANDS 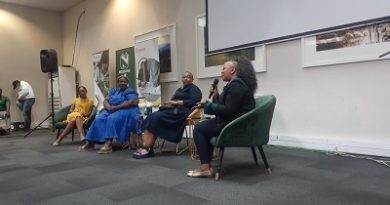 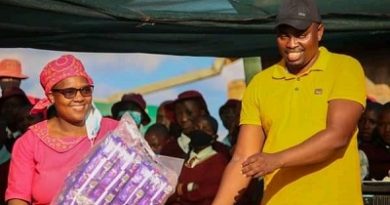