A Television presenter, Sebolelo Mlonyeni saw an opportunity to kick off her new TV show in a way that meets people’s prerequisites.

In an interview with Finite Magazine, Mlonyeni detailed that the name of the show soon-to shine on screen is called Breakfast with Lelo Mloyeni (BLM). She explained that the show aims to honour and celebrate people who are doing the most in the Mountain Kingdom of Lesotho.

“We are talking about people who are not sleeping on their talents and potentials, people who no matter the obstacle, they still strive to fight for their dreams and goals, be it: artists, teachers, farmers, economists, social workers and many more,” said the poet. The 23-year old presenter mentions that in her show, she feels a need to celebrate all their achievements.

There are specific target audience which the show is made for. Even though everyone can watch it, she told Finite Magazine that motivating the youth on their significance and encouraging them that they can achieve their dreams against all odds is her first priority.

There is a reason as to why a kid or an adult could watch Breakfast with Lelo Mlonyeni.  “A child has to know from a very tender age that only sky is the limit, and one is never too young to pursue his/her dreams because there is no certain age to start dreaming or investing in what you believe in but as for adults, it is just a reminder that it is never too late to start their own too,” she declared.

A sociologist explained that the show would start airing on the 4th April 2022 on Pule Communication International Network (PCIN) on channel 1 every morning during weekdays. She continued to say that the show will assist people in a way that they will be encouraged to fight more and even go beyond their dreams when they notice that they are appreciated and observed.

“As for people who are doing nothing, it will be a wakeup call to go and chase their visions,” highlighted the Mohale’s Hoek born.

Mlonyeni presumes that she created the show because she knows how it feels like to throw away the ideas and sometimes it feels like one is not doing enough; therefore, discontinuing and instils of faith as well as hope start to wonder.

Mesitsaneng Primary School alumna informs women that the sky is everything and conceivable. “Nobody owes you anything but you owe it to yourself; to build your empire and make noise about it, nobody will shine your light unless you do it yourself,” Mlonyeni emphasized.

She went on to say that women must take charge and be eligible of holding a pen to write their life story because at the end of the day, it’s all about “YOU” so, they must be fearless and chase what they want regardless of how long it awaits because it is possible for them too. 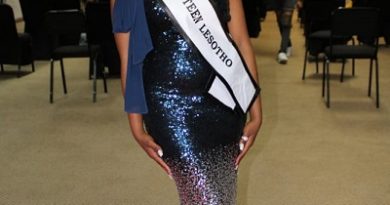 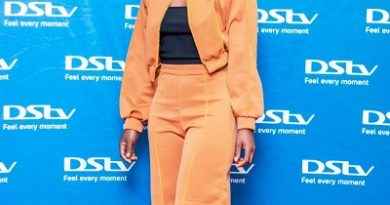 Self-taught fashion designer in the making﻿ 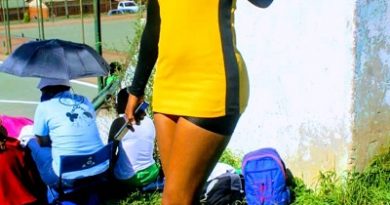